This website is for educational purposes and is not meant to replace the advice of a medical professional.  As an Amazon associate and influencer, I earn from qualifying purchases.  There are also affiliate links present here where I earn from as well.  Thanks so much for reading my lifestyle blog. I hope something resonates with you.

How To Parent Teens

How to parent teens is a question that many of us parents of teenagers have.  Let me tell you that it isn't always easy but it's very rewarding when you get some things right, some of the times.

Our kids our 13 and 15 and I must say that the hubs and I are enjoying this phase of their lives in more ways than one.  Sure, there can be some challenges but I think we've found some median ground which has made it very enjoyable because at the end of the day, I think that's what we all want- to make raising teens enjoyable...am I right?

And truth be told, I feel that parenting teens has less to do about our teens and more to do with us.  You're probably saying to yourself, make this make sense..ok, I will.  Stay with me.

10 Aha Tips on How to Parent Teens

We may not agree with them and that's okay, we're not going to agree but we can least try to put ourselves in their shoes.

2. Admit when we are wrong and apologize.  Oh boy!  This can be a hard one for some of us parents but it's necessary.  I've learned to do this over the years and it has really made our relationships stronger.  My teens feel heard when I say to them that I was wrong about that and you were right because you know what, at times they are right! Haha.  And that's a wonderful thing because it shows that we are raising teens who have their own voice, suggestions and opinions about things. 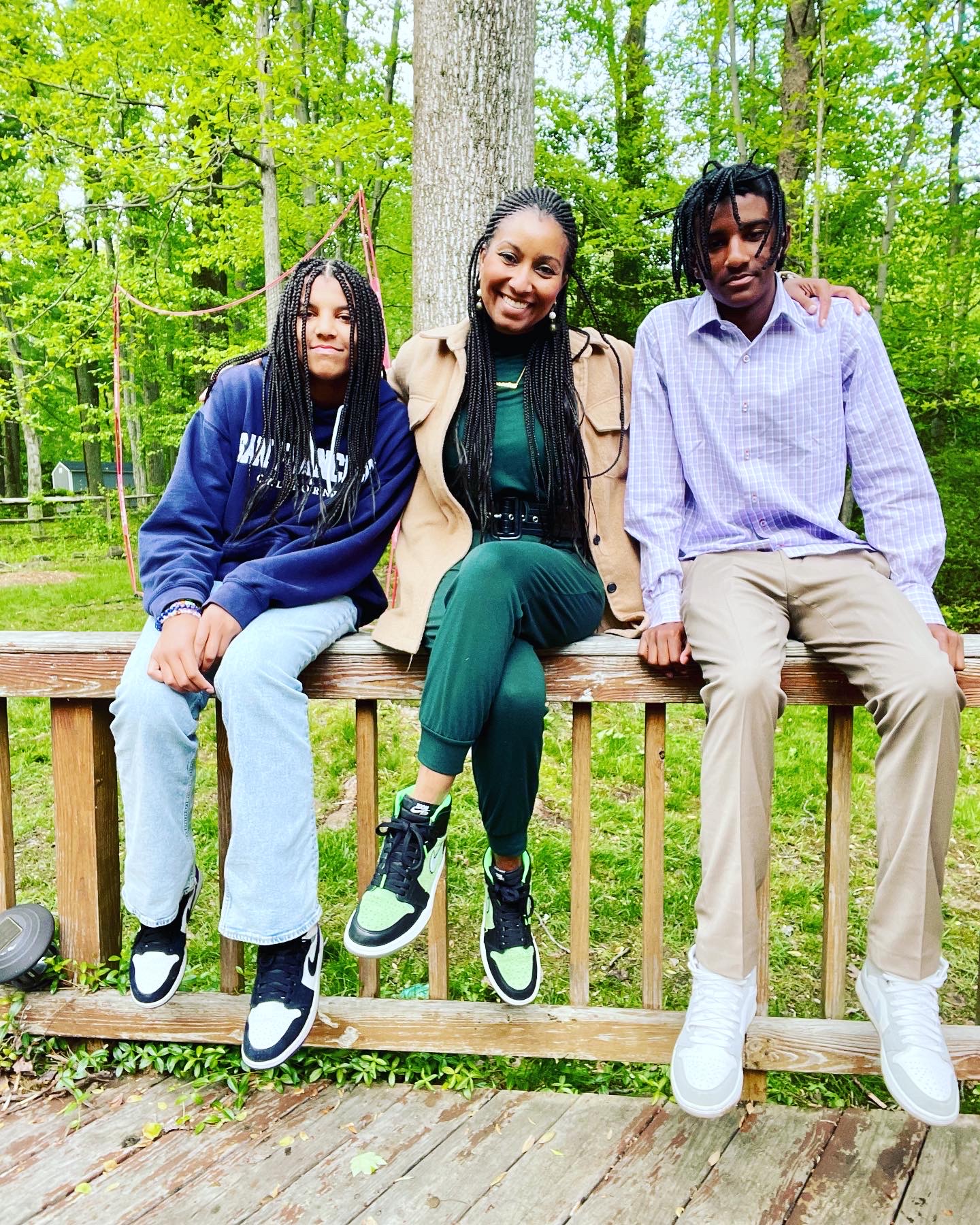 3. Don't parent completely like your parents parented you.  Haha!  Now that's a tongue twister.  I've learned that it just doesn't work.  We're living in new times and need to adjust based on that.  Our kids are also different people than we are.  And we are completely different from our parents.

Now, I 'm not saying to not keep some of the old school parenting as long as it works.  If you find that some methods are not cutting it, then it's time to go back to the thinking board to figure something else out.

One old school parenting habit we have certainly kept is having chores.  Ya'll, chores are a must in our home.  It's just not about them having this or that to do, it's really showing them the value of ensuring the little things are taken care of within a home.  It's teaching them basic skills so when they go off and have their own apartments/houses, they'll know what to do.  It's also saying that they are a part of our family team and we need their help to make it run efficiently.  And no it may not be perfect when they do it but they'll get there.  Hmm...maybe. Lol.

4.  Give them eye contact when they communicate with us.  This should be implemented as soon as they start communicating with you and I mean as early as infancy.  When babies are small, parents will look into their babies eyes as they begin to coo (this is communicating by the way) but as they get older and begin to talk more and walk more, the eye contact tends to wane for some reason.

When our teens are talking, I pause what I'm doing and give them my full divided attention because that is what they need.  It's important for them to know that they matter and that whatever comes out of their mouths I'm listening.

Now, there are times when I just cannot stop so I'll say to them, if you can give me 5-10 minutes and I'll be able to chat afterwards and they completely understand.  Now parents, be sure that you set a timer or an alarm so that you do not forget to chat with your teen.  It's important to remember.  And you forget, just apologize and do better next time.

5. Be more consistent.  Look, no one is perfect but if you're more consistent than not, then that's a great thing.  Teens will follow our lead so if we're not consistent, they will not be either.  Teens do what they see and not what they are told.  Am I right?

6. Allow them to lead. Sometimes we just need to allow them to make decisions without us.  I started having them dress themselves at an early age, probably around 5 or so because I wanted to start instilling the value of making a decision.  I felt that this was a safe area to do this.  Sure, they didn't match half the time and one sock was a different color from the other but I didn't care because they were confident in their decision and it was my job to step back and just praise even though it might not have been what I would've picked out.

Sure, there have a been a couple of times where I had to step in because of something being too fitted and the such but it was never based on my opinion.

We have allowed them to go to school with pajama pants ya'll.  Yes, pajama pants!! Earlier on, we probably would have never allowed this but at the end of the day, are they hurting anyone if they do this? Nope. Or do us parents just don't like the way it looks?  My hubby and I had to get over that and we did and feels good.  It feels freeing and peaceful which is what every household needs.

Just recently my daughter gave me directions while I was driving to find a Starbucks.  Sure, I could have entered it into my GPS but why ruin the opportunity to let her lead to give her more confidence of being a leader. 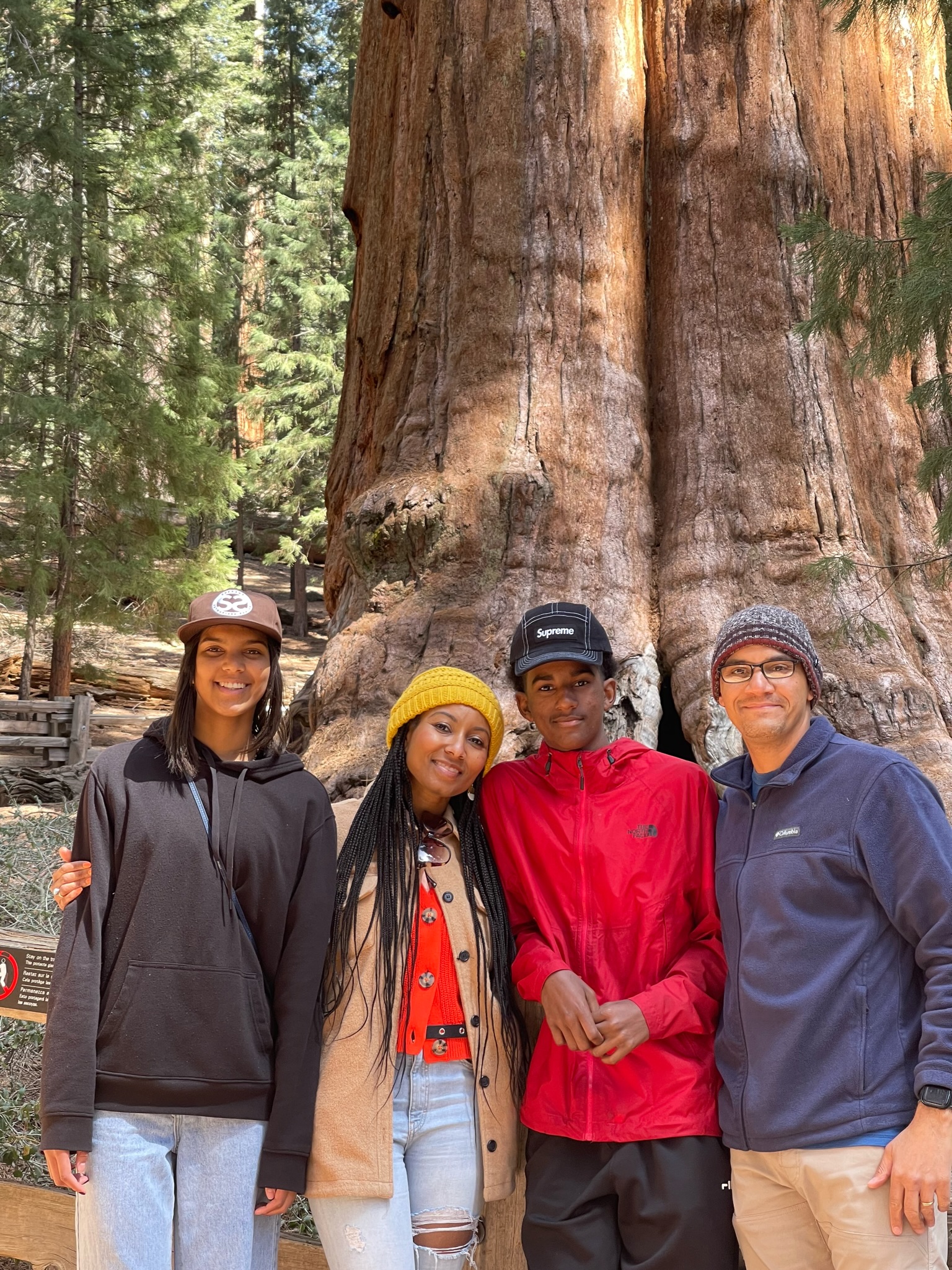 7. Teach them that their words are powerful.  Talk to them about speaking abundance over themselves and to never talk badly about themselves.  There's power behind words and they really need to learn how to speak positive self talk because what they say about themselves will become.

I've left sticky notes in the bathrooms with affirmations or text them uplifting quotes or words of wisdom.  I can't say that I do it everyday but when I feel the need to do any of this, I do.

8.  Don't be so serious all of the time.  Have some fun and let lose.  It's about enjoying your teens and being silly with them even if they don't get it.  haha.  They'll appreciate the light nature and may just join in.

The hubs and I will have dance battles with our girl in the kitchen with our teen son looking on not really participating...haha but we'll start dancing beside him which he loves...well he seems more annoyed, lol but the cool thing is that he is smiling and has this cool teen smirk going on which means he appreciate the antics.

9.  ASK them their opinion and what they want to do.  9 times out of 10, our teens will say, it doesn't matter but every now and then, they may choose.

Again, its about showing them that their opinions matter.  If they say they want to do something, then us parents need to make every effort to follow through especially since we asked.

Now of course, there maybe situations that whatever they are asking cannot happen currently but we just need to be honest and come up with a solution that is a compromise.

10. Look within ourselves to see what changes we need to make.  Ooooooo....this is a good one.  Ya'll, since our son was about 3 or 4, I've truly been trying to make changes within myself, asking myself, what can I do differently to help myself become a better me.  Because when I'm a better me, I can be a better parent and have more to give our kids.

I had to stop telling our son, "NO" and "STOP" all of the time when he was a toddler. It was getting to the point that I felt that those words were just being used to often and so I had to change.  The key is that I had to change but not change him.  So instead of saying no, I had to look at what he was doing and then decide if it was me or did he really need to stop doing something.  Ya'll this was a game changer because then I started to communicate with him versus just saying no.

I had to change to not have the last word and to not convince them that I am right on certain things.

Bonus Tips How to Parent Teens

1. Give them some space and you can have your time

2. Knock on their bedroom doors

4. Be a parent, not a friend. You can still be fun and silly as a parent but certain things are just off limits and are meant for friends.

6. Do/say things to your teen that you would have loved your parents to say to you.

7. Do not compare your teens to other teens and do not say to them that they should do or be more like someone else.  It may feel helpful but what they hear is that they are not enough.

Look these are what helped us but you may find that these do not work for your teens.  It's truly about catering your parenting style on your teens personalities and finding a common ground that's peaceful.

At the end of the day, you want a peaceful home so strive to do that with love and balance.  All in all, I hope these how to parent teens tips help just a little or spark you to do something that you have never thought of before.

I hope this has resonated with you.  If it has, please be sure to leave a comment and don't forget to share ☺️
Subscribe to my newsletter.

Let me know if what I said resonated with you. Leave me a comment in the box below.

Hello Beautiful You.  I'm Verronica. and welcome to my online home. I share tips from my personal experiences on wellness, manifesting, fashion and lifestyle over 40. Thank you so much for being here. Learn more.

Get alerted by hovering on the orange button below and then the green follow button to always be up to date on my new posts.  Happy Reading Sis! 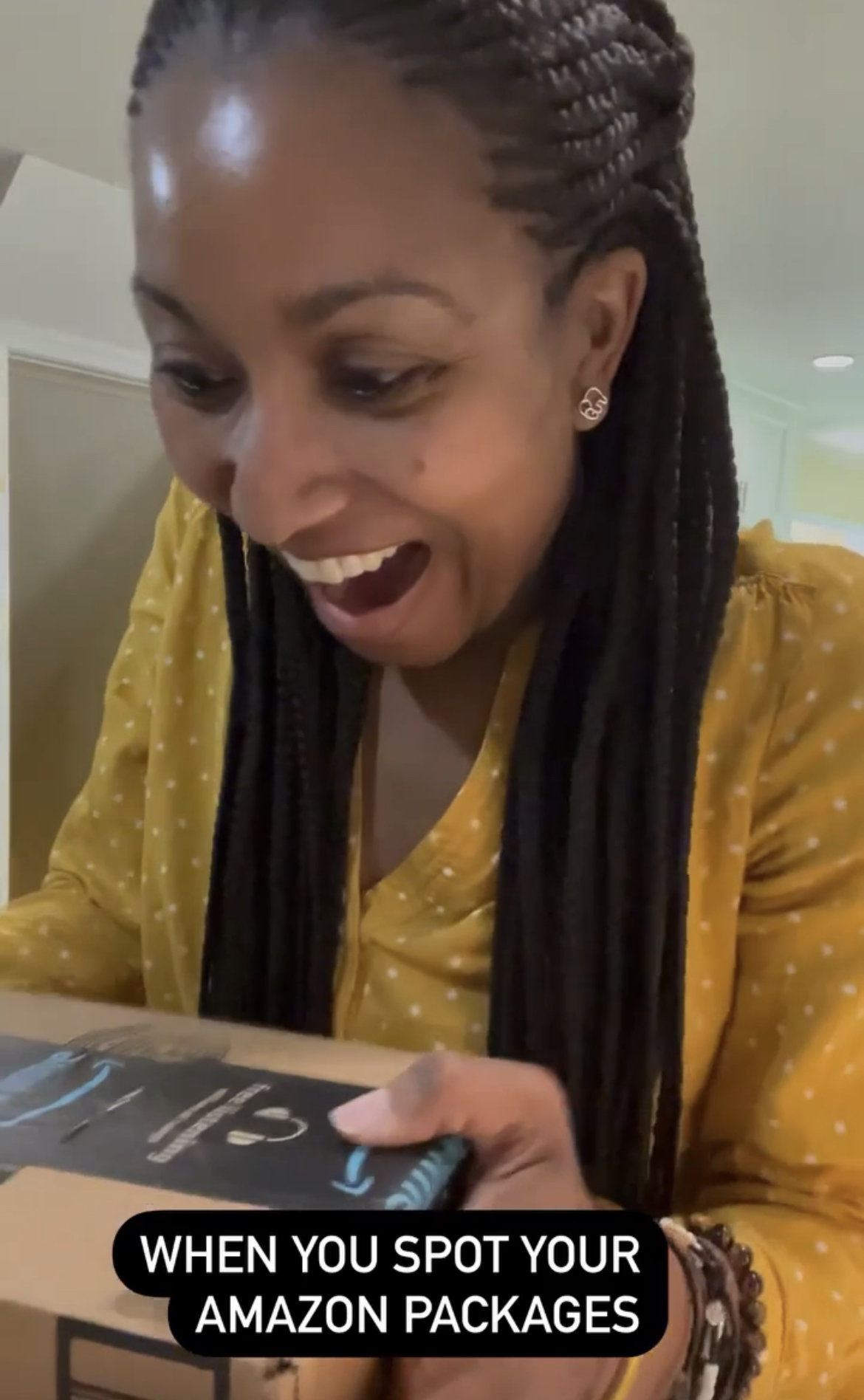